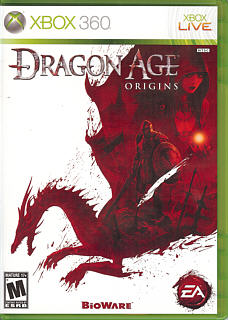 I wasn’t terribly excited for this game at first. But that was only because certain magazines had slightly disparaging previews of the game. Whether or not it was the very prevalent broadcast ad, or the eventually glowing reviews, I found myself counting on it to be a bright spot for games in 2009.

I started this journal because I really wanted to chart my relationship with a BioWare game from the beginning.

END_OF_DOCUMENT_TOKEN_TO_BE_REPLACED

November 30th 2009: The title screen has a visual filter that looks different from any other part of the game so far.

After Snake slew the FROGs, Laughing Octopus cried out. “What a riot… People suffering… People dying… It’s all so fucking hysterical! Laugh! Laugh with me!” END_OF_DOCUMENT_TOKEN_TO_BE_REPLACED

November 3rd, Part Three: Act Two: Solid Sun
Snake surmised that Solidus’ fear of the Patriots’ control of the media and economy came to pass. But Liquid planned to oppose them.
Campbell suspected that we may have to “protect the System” to maintain the comforts of the modern age.
The octopus woman and Vamp protected the base where Naomi was supposedly held.
“Snake… isn’t here,” said the laughing octopus before she slaughtered some PMC soldiers in Snake’s guise.
END_OF_DOCUMENT_TOKEN_TO_BE_REPLACED